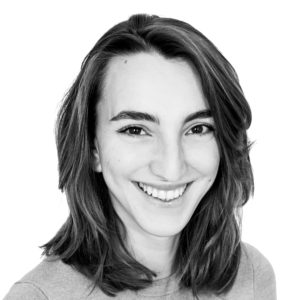 Chiara Valenti is a Data Manager at Segalen + associés.

Chiara joined Segalen+associes after completing her MSc at the London School of Economics in Gender, Development and Globalization.

She has previously worked as a Researcher and Translator for different non-profit organisations.

She holds a BA in International relations from King’s College London.

Chiara is fluent in English, Italian and Portuguese.

You can find out more about which cookies we are using or switch them off in settings.

This website uses cookies so that we can provide you with the best user experience possible. Cookie information is stored in your browser and performs functions such as recognising you when you return to our website and helping our team to understand which sections of the website you find most interesting and useful.

Strictly Necessary Cookie should be enabled at all times so that we can save your preferences for cookie settings.

If you disable this cookie, we will not be able to save your preferences. This means that every time you visit this website you will need to enable or disable cookies again.

Please enable Strictly Necessary Cookies first so that we can save your preferences!